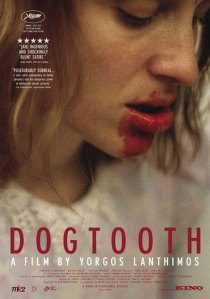 On Wednesday February 16th the GSA held their fourth movie night of the year! We screened the controversial film ‘Dogtooth’directed by Giorgos Lanthimos. Dogtooth has been nominated for Best Foreign Film in the upcoming Academy Awards and has won numerous awards across Europe. We had the best turnout of the year with many new members signing up and people across the Greek community attending. Free pizza and drinks were provided for everyone who came out. Keep your eyes open for upcoming movie nights!